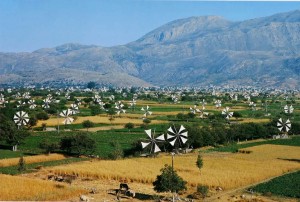 The area was first settled in 5700 BC. It flourished during the Minoan period (2800 – 1100 BC). In the cavern of Trapeza on the plateau, there have been discovered signs of activity from the Neolithic period. The disaster caused by the eruption of the volcano of Santorini (Thera) in 1600 – 1700 BC, was the beginning of a new period of growth for the area, while this is also when new settlements were created, such as: Palecastro, Mirtos, Zacros, Chamaizi. Especially in Zacros, the 4th largest palace of Crete was built. The residents of Lasithi and the Minoans were trading with others in the Mediterranean Sea, especially the Egyptians. The absence of walls in the cities, shows how much they dominated the seas. The Minoan civilization began declining in 1450 BC and ended in 1100 BC, with the Dorian Invasion.

During the classic Hellenistic years, the Cretans proved to be excellent warriors and numerous Greek cities hired them as mercenaries. The absence of warriors from the island, however, resulted in the fall of Crete to the Romans in 69 BC. In 395 AD, Crete was integrated to the Byzantine Empire, until 824, when it was conquered by the Arabs, who created the Handax (present day Heraklion), which they used as their base of command. In 961, the Byzantines regained control of the island, which once again began flourishing. From 1204 to 1669, Crete was under Venetian occupation. That’s the period in which art and literature flourished. The Venetians have left their mark in the area, visible until today.

After the Venetians and until 1897, the area was occupied by the Turks, the worst occupation of them all, for Lasithi. The Turks had to deal with the resistant and brave Cretan people, that revolted often, without result. 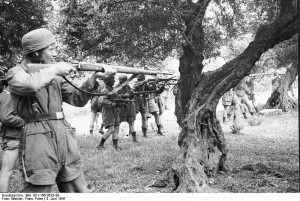 That is, until 1897, when a revolution started from Sitia and immediately became generalized and led to Crete becoming recognized as an independent country at first, and finally becoming connected with Greece in 1912.
See also…The story does not end here, however. The Cretans were distinguished in all the wars in which the Greek nation participated (Macedonian, 1st and 2nd Balkan) as well as World War 1 and 2, with a defining contribution to the front against the Nazi Germans. Even today, everyone admits that the Cretans are courageous and brave, while still maintaining their tradition with tremendous zeal.